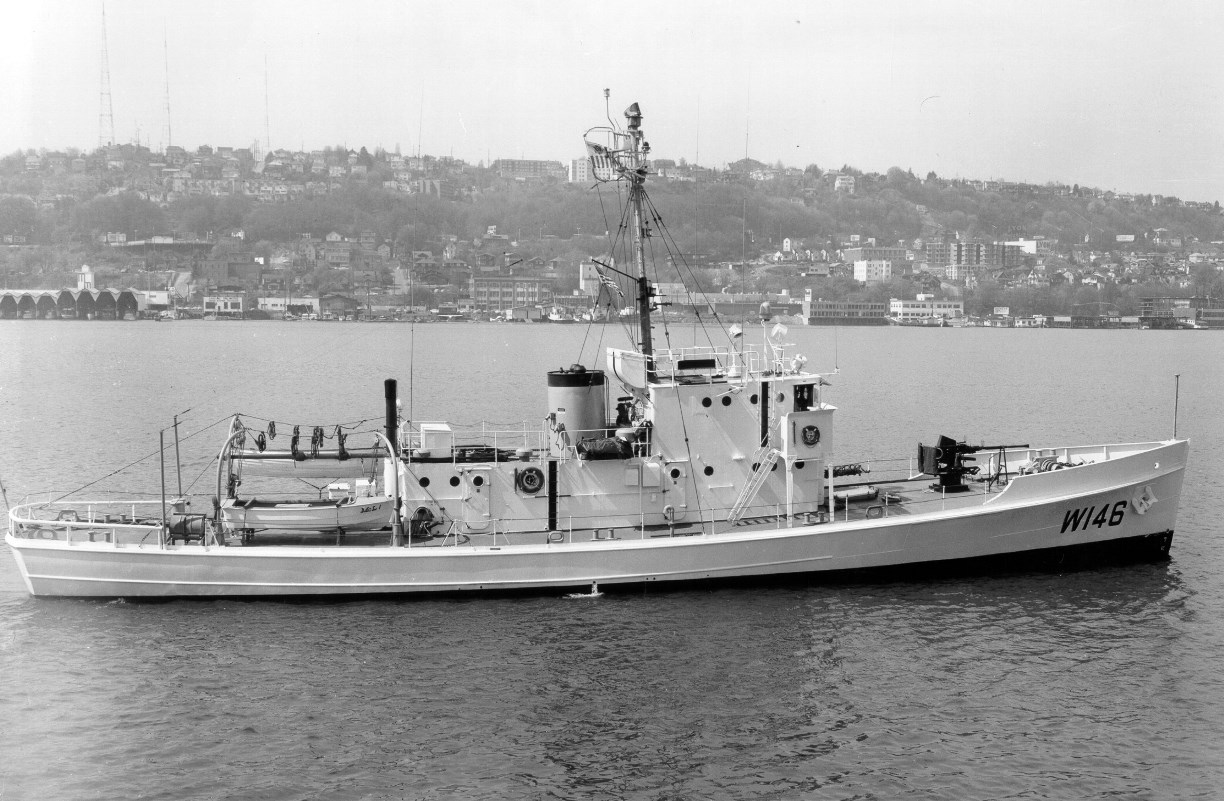 USCGC McLane is the 22nd member of the 125ft Active Class of Cutters built for the United States Coast Guard, laid down at the American Brown Boveri Electric Corp. Shipyard at Camden, NJ in early 1925 and commissioned into service in April 1927. Designed and built to hunt rumrunners and bootleggers operating along the US coastline during the prohibition era, McLane and her crew stood out of Camden for the Panama Canal and entered the Pacific Ocean on her way to her new homeport of San Pedro, CA, where she arrived in the Spring of 1930 and began operations as a member of the 11th Coast Guard District.

Spending her first five years of service alternating between winter patrols along the California Coast and summers as part of the Bering Sea Patrol, McLane and her crew received orders to report back to Atlantic Waters in 1935, first serving out of US Coast Guard Station Panama City and then shifting to Curtis Bay, MD. Maintaining a normal routine of patrols and light icebreaking duties for the until November 1941, when in response to the rapidly deteriorating situation in both Europe and in Asia all US Coast Guard Cutters, McLane included, were absorbed into the command of the US Navy. Fitted with an increased armament for action against air, surface and submarine threats, the McLane and her crew returned to the Bering Sea Patrol, where she would remain for the duration of the Second World War. Heavily occupied with convoy escort work, anti-submarine patrols, screening duties and rescuing both vessels and aircraft in distress, the McLane and her crew participated in a credited sinking of a Japanese Submarine in July 1942 and a multiple-person rescue of a down Lockheed Electra in February 1943 among several other notable actions.

Seeing her way safely through the Second World War, McLane and her crew remained busy following the cessation of hostilities as the sheer number of vessels transiting the US West Coast meant her services were in high demand well into early 1946 when she was returned to the US Coast Guard. Remaining on the US West Coast for the next twenty years, the McLane resumed her routine of patrols, maritime law enforcement and assistance to distressed vessels out of US Coast Guard Stations Alameda and Aberdeen through 1966, when orders came for the Veteran Cutter to report for duty in the Gulf of Mexico. Permanently assigned to US Coast Guard Station Brownsville for the remainder of her career, the McLane served with distinction for a further two years before her advancing age finally caught up to her and led to her decommissioning from USCG service in December 1968. Remaining idle in reserve at the US Coast Guard Yard for less than a year, the McLane was sold to the Marine Navigation and Training Association of Chicago IL in November 1969, who in turn refurbished and operated the McLane as a school and instruction ship for Sea Scouts on the waters of Lake Michigan into the early 1990’s.

Formally acquired by the Great Lakes Naval Memorial and Museum in 1993, the McLane began her new career as a museum ship in Muskegon, eventually receiving a new coat of paint to represent her in the modern US Coast Guard livery. As part of the Great Lakes Naval Memorial and Museum, she is open for both self-guided and docent led tours and frequently hosts youth encampments and reunioins.

USCGC McLane was awarded one Battle Star for her World War Two Service.