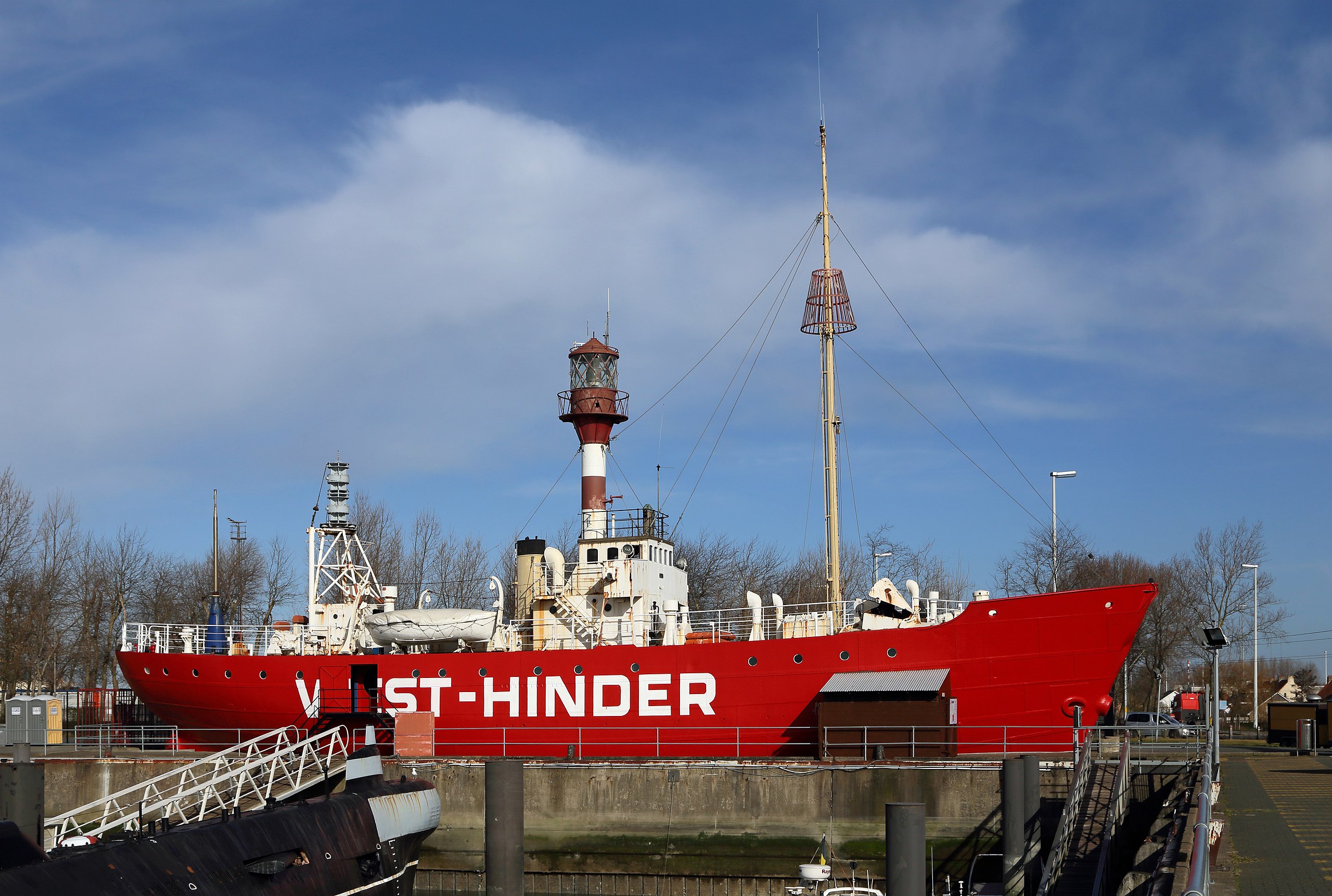 From 1864, lightships were deployed off the coast to indicate some Flemish banks for traffic at sea with their beacon light. The lightvessels 1, 2 and 3 of the third generation off the coast were built in 1950 in Ostend near Béliard-Crighton. They were used in turn to indicate the Wandelaar and the West Hinder with their beacon. They were also used as observation ships. The third ship was in the harbor as a reserve. That period in the harbor was used to maintain the ships. The ships had a crew of nine.

The lightvessels were withdrawn from service in 1994 and replaced by cheaper electronic lightplatforms. The Lightship 2 was loaned from 1995 to the Seafront theme park in Zeebrugge. The ship was put on the quay at the marina of Zeebrugge.

- Maritime Administration.
- In 1994 the ship was handed over to the Flemish government as a result of the state reform.
- The ship was loaned on 23 May 1995 to NV Vismijnpark, which has since been merged into Seafront NV.

Function: The ship was initially used as a light and observation ship. It has been part of the Seafront museum collection since 1995.

Engine and gearbox: Werkspoor diesel TMAFS 274 of 230 hp at 300 revolutions per minute. The gearbox is a Brevo type 616.

Equipment: The West-Hinder 2 has three masts. The central mast is equipped with a light beacon. On board are three diesel generators Deutz, type F3L912. Two of these are coupled to 110V ACEC type CV 406 B3 DC alternators (21.5kW at 1000 rpm). The third Deutz is coupled to a compressor.

Interior: The ship was equipped to accommodate nine crew members and equipment. On the upper deck is the wheelhouse, the radio room and a central room for operating the light signals.

The main deck is divided into a workshop, skipper's cabin, two engineer's cabins, a deputy engineer's cabin, a stoker's cabin, three two-bed cabins for the seamen, the officers' mess, the crew's mess. crew, a galley with cooling room, two bathrooms with toilet and final lamp and paint room.

Under the main deck are a warehouse for machine parts, the battery room, the engine room, a hold and tanks for ballast, fresh water and fuel.